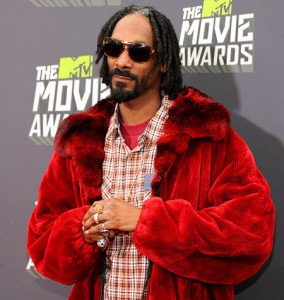 Snoop Lion has always been candid about his love for women and weed, and now, the rapper reveals that he was more than happy to share that love with athletes and entertainers on the road, because in a past life, he was, indeed, a pimp.

“I put an organization together,” the Reincarnated rapper tells Rolling Stone‘s contributing editor Jonah Weiner in the new issue of Rolling Stone. “I did a Playboy tour, and I had a bus follow me with ten bitches on it. I could fire a bitch, f–k a bitch, get a new ho: It was my program. City to city, titty to titty, hotel room to hotel room, athlete to athlete, entertainer to entertainer.”

Snoop Lion (previously known to the public as Snoop Dogg), 41, said that his decision to get involved in the scene came from a “fascination,” not a desire to make money.

“I’d act like I’d take the money from the bitch, but I’d let her have it,” he said of how he ran his organization. “It was never about the money; it was about the fascination of being a pimp … As a kid I dreamed of being a pimp, I dreamed of having cars and clothes and bitches to match. I said, ‘F–k it — I’m finna do it.”

The “Ashtrays and Heartbreaks” rapper said his clientele consisted of a number of high-profile athletes (whom he declined to name), who would “come hang out, pick and choose, and whichever [woman] you like comes with a number.”

“A lot of athletes bought p—y from me,” he added.

Snoop Lion has been married to high school sweetheart Shante Broadus since 1997, and the couple have three children together: Cori, Corde, and Cordell, aged between 12 and 18. His wife “had to take a backseat” to his business, the rapper admitted, and noted, “I love her to this day because she coulda shook out on a n—a, but she stayed in my corner. So when I decided to let it go, she was still there.”