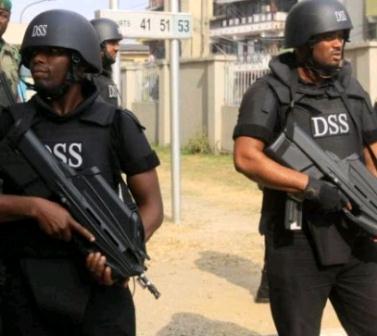 The Director General of State Security Service (SSS) – Ita Ekpenyong, has revealed that the service has forgiven the Ombatse cult group for killing its 10 officers in Alakyo, Nassarawa State.

Ekpenyong declared this during the candlelight service held at the SSS headquarters in Abuja in honor of the 10 SSS operatives killed during the attack.

“To those who could kill the body, note that you have made your community an ignoble sepulcher of innocent law enforcement agents, and that even though our spirits and will are cast in iron, yet we have forgiven you. We have obediently handed all of you over to the Almighty God since he taught us that vengeance is mine,” the SSS chief said.

He said security personnel were sent to after followers of the cult because they forcefully initiated people irrespective of religion but regretted that the operation led to the death of 46 policemen and 10 operatives of the SSS.

But smarting from the loss of the men in the attack, pioneer Director General of the National Security Organization (NSO) which later gave birth to the SSS, General Abdullahi Mohammed said the killers shouldn’t be pardoned but rather the religion should be wiped away.

“I wonder why the religion’s shrine was not leveled by now. Some people said they have forgiven the killers. We shall not forgive them, they must face justice hear or in the hereafter,” he said.

In the same vein, Corps Marshal of the Federal Road Safety Corps (FRSC) – Osita Chidoka, said the killers of the security personnel should be traced sooner or later and be prosecuted.

“They should face justice because it is through justice you get peace,” he said.

President Goodluck Jonathan, who was represented by his chief of staff Chief Mike Oghiadomhe, said he was grieved by the sad news of the death of the operatives and gave assurance of government’s determination to ensure that this wave of criminality was stamped out of the country.