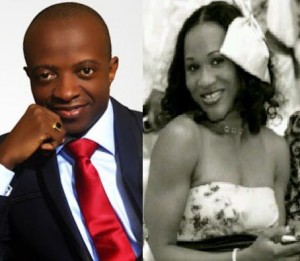 You will recall that Sunmbo Ajaba, one of Tuface’s baby mamas, was supposed to wed the senior pastor of Royal Christian Centre – Pastor David Adeoye on the 4th of May – that is last Saturday. Well, the wedding did not hold!

That weekend, the couple were spotted at different locations – Pastor Adeoye was in church while Sumbo Ajaba was in the States.

Some reports claim hat the wedding didn’t hold because Pastor Adeoye’s church members, the key members, had kicked against the marriage and even pulled out of the church.