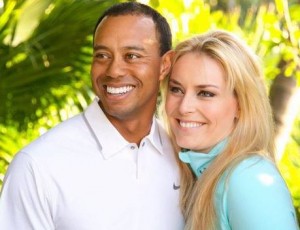 Tiger Woods’ relationship with girlfriend and World Cup skier Lindsey Vonn is heating up so fast that the two are reportedly working out the details of a prenuptial agreement.

“Tiger’s relationship with Lindsey has moved quickly,” a source told the National Enquirer. “The two have gotten so serious they’re already thinking about a wedding and kids.”

“During a heart-to-heart about their future in early May, Tiger swore he’s a changed man and told Lindsey that he wants to buy her a ring this summer,” The Enquirer’s source said. “Tiger also casually mentioned that he’d already contacted his lawyers about drawing up a prenup to protect his assets.”

Woods is still worth about $600 million despite losing all those sponsorships after his sex scandal exploded.

The 28-year-old Vonn reportedly wants half of those assets if their marriage goes belly up. She even wants a cash payout for each affair.

“Lindsey told Tiger that she’d marry him, but said that she wants half of his $600 million fortune if they divorce,” said the source. “And as insurance against him straying, Lindsey warned Tiger that he’ll also have to sign an agreement to give her a lump sum of $20 million for every incidence of cheating.”

Vonn’s idea of a cheaters payment program would be better than winning the lottery.

“Lindsey is a smart cookie, and she’s making Tiger put his money where his mouth is,” the source said.