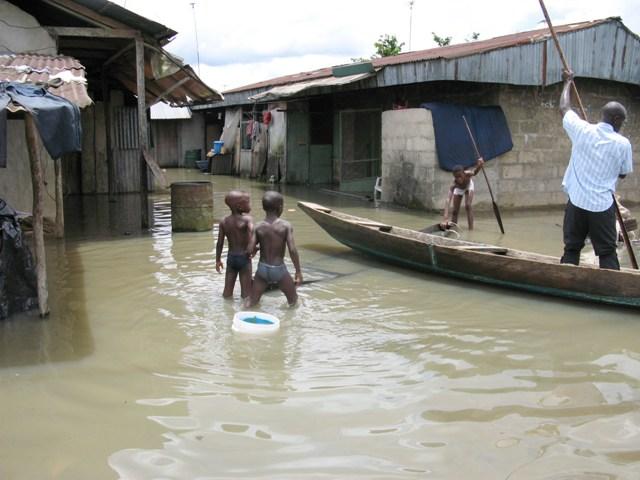 Secretary to the Anambra State Government, Mr Oseloka Obaze, yesterday announced the final report on the collation of 2012 flood damages in Anambra State saying that the state lost twenty six billion naira (N26 billion) in the flood with industrialists being the worst hit.

Obaze, therefore, announced that the state will share about One hundred million naira (N100 Million) among industrialists in Anambra State, especially those in Harbour Industrial Estate Onitsha and Ogbaru areas who lost their property and products worth several millions of naira.

He said the 14-man Governing Board of the Flood Management Board will sit today to decide on the criteria of sharing the amount to the industrialists affected by the flood.

He informed that the state has spent all that the Federal Government gave to it for the flood victims, hence the remaining money would go to industrialists.

Obaze advised the Federal Government to release the funds for states to manage in their areas of priority rather than sending contractors to where they don’t know what to do. He said aside the newly announced figures yet to be disbursed to the states by the Federal Government, the state raised some funds it utilised for its citizens.

He further informed that the UN Under-Secretary who visited Anambra State at the weekend has promised the state to send its country team to take a study of the affected area for a possible way of partnering to assist the state in reviving the factories affected by the flood. (NAN)