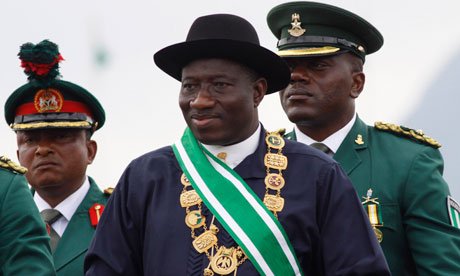 The Presidency has dismissed insinuations that the recent proposal of an automatic ticket for President Goodluck Jonathan should he choose to contest the 2015 elections is because he is afraid of participating in the presidential primaries of the Peoples Democratic Party.

Special Adviser to the President on Political Matters, Dr. Ahmed Gulak, who said this in a recent interview with a national daily against the background of criticisms trailing Friday’s recommendation of the chairman of the party’s Board of Trustees, Chief Tony Anenih, that the President and state governors, serving their first term, be given automatic ticket, said the statement was a personal one that the party hierarchy had not taken a position on.

He added that Jonathan could not be afraid of participating in primaries as he has participated in such before.

He said, “President Goodluck Jonathan is not afraid of primaries. He subjected himself to party primaries before and won.

“Chief Anenih’s statement was his opinion; it is still a proposal. The party leadership had not decided on that yet.

“The President is ready and willing to subject himself to primaries if he wishes to contest the 2015 presidential election.”