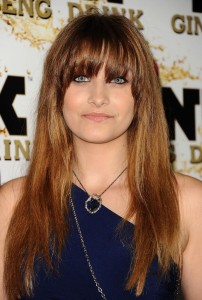 Micheal Jackson’s daughter Paris Jackson, apparently thinks that young pop-star Justin Bieber is a bad role model to kids because he failed to respond to messages from several young female fans, who threatened to harm themselves.

A source close to Paris, who is an aspiring singer and is currently being treated at UCLA Medical Centre after attempting suicide by cutting her wrists with a kitchen knife and taking 20 Motrin painkillers at her family’s home in Calabasas, California, earlier this month, disclosed to gossip website TMZ.com that Paris Jackson believes Justin should have spoken out against the issue after some of his female fans started tweeting about cutting themselves as an expression of their love for the singer.

Another source also said she was very angry when Justin didn’t respond or try to talk them out of it, and she also thinks his recent bad behaviour is a ‘disgrace’.

Meanwhile, Paris is likely to be confined to a treatment facility to undergo intense therapy for the next few weeks in an attempt to teach her to cope with her own struggles. A source told E! News: ‘She has a couple weeks of very intense therapy [ahead of her] before anything else happens. Where she does it all depends on the best place.’