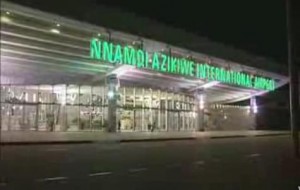 The electrical problem responsible for Friday’s three-hour power outage at the Nnamdi Azikiwe International Airport (NAIA), Abuja, has been rectified, the Federal Airports Authority of Nigeria (FAAN) has said.

Disclosing this in Abuja on Saturday while speaking with journalists on the incident, Mrs Henrietta Yakubu, FAAN’s Head of Communications at the airport, said the power interruption at the airport between midnight on Friday and 3 a.m on Saturday was as a result of maintenance work.

The FAAN official said power was restored in full afterwards said the incident.

“The power interruption was due to an electrical maintenance work the authority (FAAN) carried out at the airport,” she said.

Yakubu however said the power interruption was not an incident which disrupted operations at the airport.

“We had earlier informed members of the public about the maintenance FAAN was about to carry out. However, we are still sorry for the inconveniences,” she said.

The FAAN official said the maintenance work was to ensure all facilities at the airport were in good shape for better service delivery.

“The system maintenance of the high voltage side of the Terminal Building Power Transformer at the airport was carried out and it is functioning well now,” she said. [NAN]