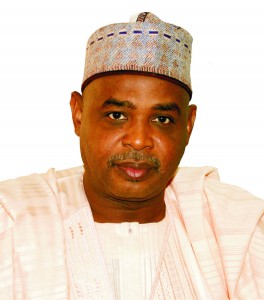 Disclosing this to newsmen after playing host to members of the House Committee on Tourism and Culture, who were at the headquarters of the commission in Abuja on oversight function, Director General of NCMM, Alhaji Yusuf Abdallah said government gave room for private body or individual to come into the development of museum, but it would not condone a situation where it would be done without the commission’s knowledge, calling on the operators of illegal museums to approach NCMM for regularization.

“I call on both the state and local governments that are interested in setting up museums to always get in touch with the National Commission For Museum and Monument, NCMM, in order for them to be regularised, because the law that set up the commission requires us to regulate the establishment of museums.

“A few of organizations are collaborating with us, like CBN, FIRS we worked with them to establish museums for them, but some organisations are just doing it on their own without getting in touch with us, by law, what they are doing is illegal and is likely to jeopardize the heritage resources, and we look forward for them to come to National Museum, so that this thing can be regularized, and we will be able to save our monument sites and heritage resources.”

Abdallah maintained that ignorance would not be taken as an excuse for the operators, as the commission would not hesitate to close down any illegal museum and prosecute the operators who fail to comply.

“If they fail to come to us, there will be sanctioned, we will close down the museum and prosecute them, because they are endangering our heritage,” he threatened.

Chairman, House Committee on Culture and Tourism, Hon. Abiodun Abdulakeem, in his response commended the commission for its prudence and called for improvement in the area of capital project implementation and research, promising that the National Assembly will back the commission in its quest for more funding.