What happens when a little girl decides to set up a lemonade stand for peace outside the Westboro Baptist Church headquarters in Kansas? Members of the community step out in droves to show support, even as the hate group tries to quash it.

Five-year-old Jayden, the daughter of Jon Sink, founder of the philanthropic arts group FRESHCASSETTE – Creative Compassion, decided to set up a stand selling pink lemonade at The Equality House on Friday afternoon. The Equality House is a rainbow-colored building directly across the street from Westboro’s Topeka compound. The house, which was painted the colors of the pride flag in March, was bought by Aaron Jackson, one of the founders of Planting Peace, a multi-pronged nonprofit set up in 2004 and aimed at spreading goodwill and equality around the globe.

Jayden, who is from Kansas City, decided to set up her stand at the Equality House after her parents explained to her the significance of its construct. After being told that the church across the street had a message of hate, she set a goal of raising money to go towards a message of love and peace.

So she painted a banner for the event reading, “Pink Lemonade for Peace: $1 Suggested Donation.” She put the stand in the grass and waited. But the waiting didn’t take long. Supporters came in by the droves and $1 turned into hundreds of dollars.

During the day, Westboro sent representatives outside to try and find a way to stop the event. They apparently attempted to call the local police and stooped to yelling profanities when that didn’t work, like calling a group of soldiers who rode out on their motorcycles to suport the event “bastards.”

Westboro’s hate couldn’t stop Jayden. She not only raised $400 during the day on Friday, but she has also collected over $1000 with an online campaign set up through Crowd Rise. Some people donated as little as $10 and as much as $230. One person gave $26, dedicating it to every person killed six months ago in the Newtown, Conn., massacre.

“As we all know, the Westboro Baptist Church puts a lot of hate into the world,” Jackson told HuffPost in an email Friday. “Since we cannot stop them, the next best thing is to smother it with love. That is what 5-year-old Jayden accomplished today! Jayden set up a lemonade stand in front of the church. Not only did she quench the thirst of a lot of loving supporters, the money she raised was donated to Planting Peace so she could help Planting Peace promote a more peaceful world.”

“Jayden represents the natural humanity we are born with,” Davis Hammet, Director of Operations at Planting Peace, added. “We come into this world compassionate, caring beings and only become hateful if we are taught to be.” 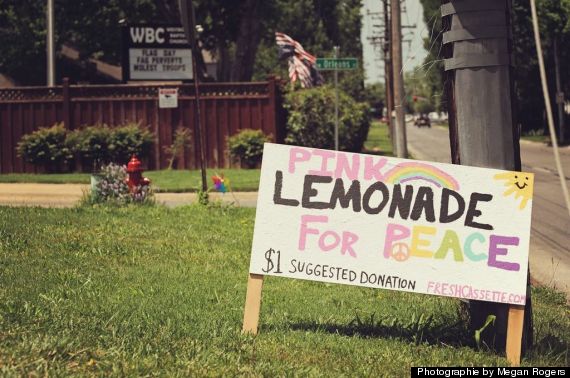 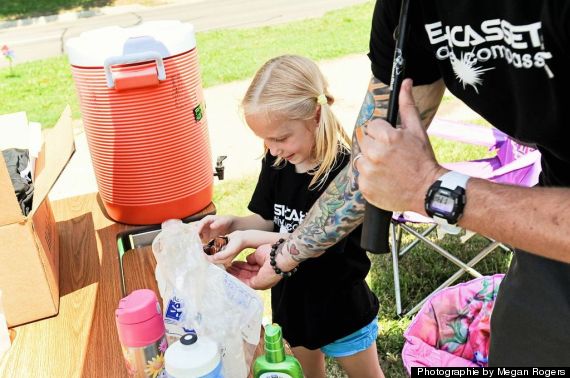 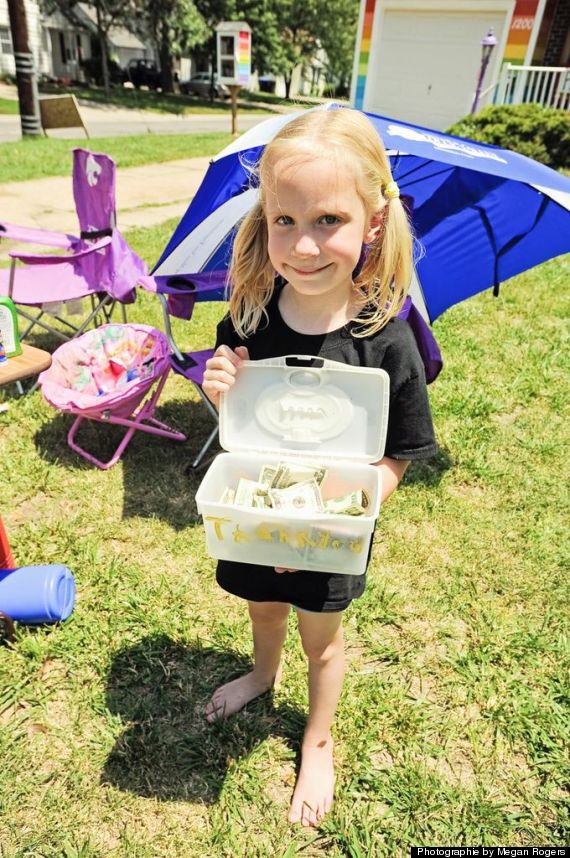