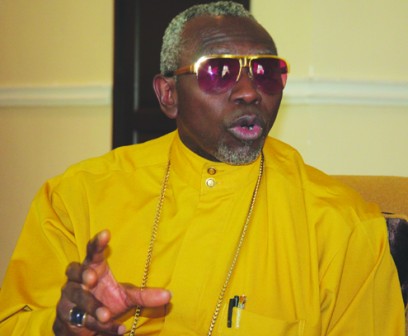 Pastor Ayo Oritsejafor, Christian Association of Nigeria national President, explored a new angle to the Boko Haram saga on Tuesday, saying it was possible that some of the sect members participated in the 2011 post-election violence in northern Nigeria.

Oritsejafor, who has been one of the most vocal critic of the sect while speaking in a recent interview, stated that over 1,000 churches had either been bombed, burnt or destroyed in the North in the aftermath of the 2011 general elections.

“They used the opportunity and they were getting more support and help, and that was what aggravated the situation. I don’t want to say that there was a link between the post-election violence and Boko Haram. But they participated and have continued because the right atmosphere, situation and environment were provided for them to always strike.”

The CAN president also debunked some media reports that Boko Haram attacks mosques as strange he hasn’t seen anyone who can boldly show him one mosque that has been attacked by the sect.

He added, “You can see that it is basically a religious thing. Look at the recent statement by the leader of the sect, Alhaji Abubakar Shekau, where he called on like-minded Islamists in other countries, including Afghanistan, Pakistan and Iraq, to join the sect to create an Islamic state in Nigeria.

“Any Muslim, who gives out information about them becomes an enemy, and they see that person as an infidel and they will go after that person as well. This is why Muslims are targeted, and that is the truth. If you watch their operations (what I am going to say is the fact), Boko Haram has never attacked a mosque, not even one.”

Oritsejafor added, “They are primarily Muslims but any Muslim that does not support their cause becomes their enemy. So, we feel for those ones because they are with us and we are suffering together. We pray that somehow, God will bring us out of this mess.

“Muslims also have been killed in all these that have happened but I have said it many times that the primary target of Boko Haram is to kill government agents, including security agencies, and destroy schools because they believe it is a sin to go to school and churches because churches, to them, are also tied to the western ideology.”