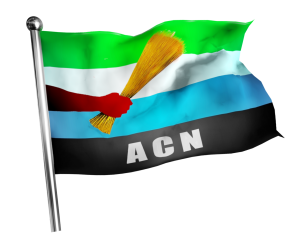 Action Congress of Nigeria, ACN, has said that the Federal Government violated the rights of Islamist sects Boko Haram and Ansaru by the recent proscription order against them, noting that it violates the Constitution of the Federal Republic of Nigeria.

In a statement by the party’s National Publicity Secretary, Alhaji Lai Mohammed, yesterday, in Ila-Orangun, Osun State, the party noted that the order makes it easy for an increasingly intolerant government to clamp down on the opposition, which it sees more as an irritant.

ACN therefore called on the Federal Government to clarify the knotty and vague areas of the open-ended order, that may end up punishing journalists and infringing on the civil liberties of the citizens more than it will curtail activities of the sects.

“Against the background of insinuations in government circles, let us be clear that we do not condone the activities of these sects that have killed and maimed innocent Nigerians and turned a section of the country into a battle field.

“Terrorism in all its ramifications is condemnable, and no responsible government will allow any group, no matter its name, grievances or ideology, to carry out terrorist acts unchecked.

“But we believe that whatever action government takes— even in an emergency— must pass the constitutional test, especially since the relevant sections of the Constitution have not been suspended.”

It said the offensive section of the order was Section 5 (1), which prescribes a term of imprisonment of not less than 20 years “for any person who knowingly, in any manner, directly or indirectly, solicits or renders support for the commission of an act of terrorism or to a terrorist group.”

“Is this subsection not in conflict with Chapter II Section 22 of the Nigeria Constitution which says ‘The press, radio, television and other agencies of the mass media, shall at all times be free to uphold the fundamental objectives contained in this chapter and uphold the responsibility and accountability of the government to the people?’

“By stifling the press, is the order not abridging a part of the fundamental human rights guaranteed every citizen under Chapter Four of the Nigerian Constitution in Section 39 (1), which states thus: ‘Every person shall be entitled to freedom of expression including freedom to hold opinions and to receive and impart ideas and information without interference?’”

The party advised the Nigerian government to take a cue from what obtains in other countries, especially in the USA, which are also battling terrorism, adding that the media in those countries have continued to report freely on activities of the global terrorist organisation, Al-Qaeda, despite the horrendous attacks it has carried out in the US and Europe, among others.