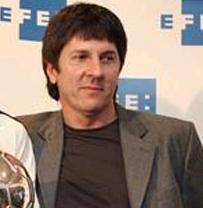 World’s Best Footballer Lionel Messi and his father have been accused by Spanish tax authorities of defrauding the state of more than €4m.

Barcelona’s world player of the year and his father Jorge allegedly filed fraudulent tax returns for the years 2007-2009, according to a spokesman for the prosecutor’s office for tax crimes in Catalonia.

The complaint, signed by the prosecutor Raquel Amado, has been submitted for trial at the courthouse in Gava, the Barcelona district where the Argentina forward lives.

Messi and his father are accused of three offences against the public purse.

A judge must accept the prosecutor’s lawsuit before any charges could be brought.

In a statement released via his Facebook page, Messi said: “We have just known through the media about the claim filed by the Spanish tax authorities. We are surprised about the news, because we have never committed any infringement.

“We have always fulfilled all our tax obligations, following the advice of our tax consultants who will take care of clarifying this situation.”

Messi signed an extended contract with Barcelona earlier this year, with his salary, which is heavily driven by incentives, understood to begin at around €11m (£8.5m) a year net. Barcelona declined to comment on the complaint.

Messi played for his national team in Quito on Tuesday, where Argentina drew 1-1 with Ecuador in a World Cup qualifier – a match in which Javier Mascherano was sent off for kicking the driver of a medical buggy.

Alejandro Sabella, the Argentina coach, said Messi is expected to play in a friendly against Guatemala on Friday.