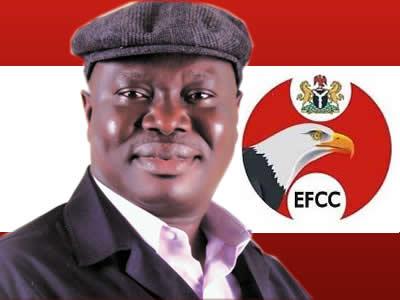 Speaker of the Lagos State House of Assembly, Adeyemi Ikuforiji and his Personal Assistant, Oyebode Atoyebi, on Thursday, met the bail condition granted them by a Federal High Court Lagos.

The News Agency of Nigeria (NAN) reports that the accused are being prosecuted by the Economic and Financial Crimes Commission (EFCC) on a 54-count of money laundering.

They had pleaded not guilty to the charge and the trial Judge, Justice Ibrahim Buba had granted them bail in the sum of N1 billion each with two sureties each in the sum of N500 million. The judge also gave them an ultimatum of 48-hours within which to fulfil the bail conditions, adding that a bench warrant will be issued against them where they default.

NAN reports that on June 25, Ikuforiji perfected his bail condition by producing two sureties namely: Taiwo Oludayo, who is the Proprietor of Oludayo International Agency, and owner of landed property at 56, Kofo Abayomi Avenue Apapa, Lagos. The second surety is  Adeyemo Abdulyekini, owner of landed property at Block A8, Plot 14, Isheri-North residential scheme in Kosofe area of Lagos state.

In the charge, the accused were alleged to have conspired between April 2010 and July 2011, to commit the offences. They were alleged to have committed an illegal act of accepting cash payments amounting to N273, 303, 780 million from the Lagos House of Assembly (LAHA) without going through a financial institution.

According to the charge, Mr. Ikuforiji was also alleged to have used his position to misappropriate about N500 million of the LAHA’s funds. The offence contravenes the provisions of Section 18(a) of the Money Laundering (prohibition) Act 2011, which attracts a term of not less than five years imprisonment upon conviction.