Nude pictures are beginning to dominate the Nigerian Twitter space as the act is fast becoming fashionable among young ladies. 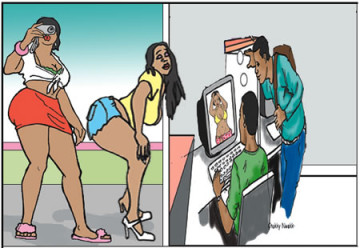 One of the objectives ladies who engage in this act seek to achieve is to break into trending topics on the social service and ultimately build a huge Twitter following and gain cheap popularity.

Ladies who have made this act a hobby employ hashtags to string together these obscene pictures to get them easily noticeable by other Twitter users. For instance, some of them use hashtags such as #boobsmonday, #boobsfriday and post their nude photographs.

Other girls equally interested are lured into posting their own nude pictures on the social site by employing the use of the hashtags for the day — such as #boobstuesday on a Tuesday, which make their nude pictures travel fast and go viral.

One of the typical Twitter female users of the social network who engage in this act is one with the name, Pretty Osaro. Osaro posted three nude pictures of herself on May 15, each showing her in different positions.  On her handle she says, ‘’I wanna be famous, doesn’t matter how many guys…’’

She went on to lament that her previous Twitter account was suspended and lashed out at those who reported her via the Twitter Help Center for posting offensive contents. ‘’My previous account was suspended, if you don’t like what I do kindly unfollow or f..k out of my timeline,’’ she says.

In the usual manner in which desperate girls seeking fame on social media do, Osaro has at one time or the other reached out to celebrities who make use of Twitter to retweet her to the hundreds of thousands of their fans.

The day Osaro posted her nude pictures on the social service, she tweeted the same picture to Nigerian music artistes  — Wizkid and Davido with — a view to getting them retweet the pictures.

She has also sought the help of American socialite and TV personality, Kim Kardashian who has over 17 million Twitter followers. Tweeting at Kardashian, she says, “Am I not hotter than @Kimkardashian? @KimKardashian, I love you so much please retweet me.’’

Other Twitter users with the names Bayelsa Queen and Ha Royal Sexcellency regularly trend on Twitter, posting their nude pictures. Besides, there is a nude picture being credited to one Adefope Temilola,  which has been circulating on Twitter for over two months. 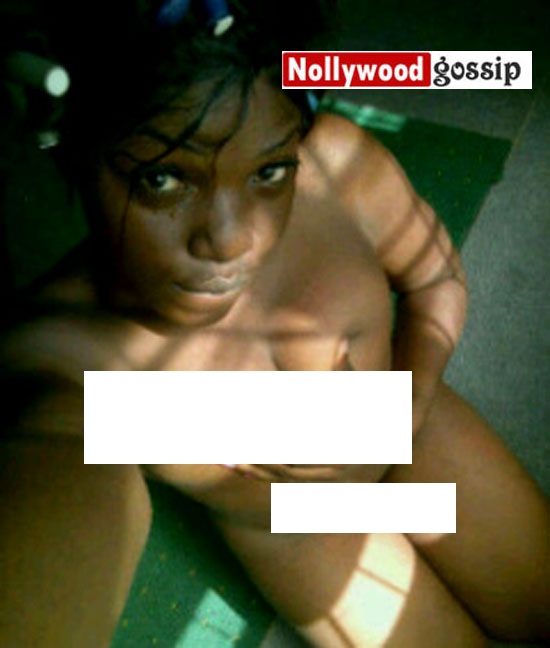 A new media enthusiast, Tunji Lardner, describes the development as a “really bad behaviour’’, adding that typical youthful aspirations are now being amplified globally by social media. He adds that with the current level of under-development in the country, Nigerian youths — both male and female, should redirect their youthful vigour to hold political leaders accountable for their misdeeds with the new media technologies.

He says, “These are invariably young and immature people grappling with the need for popularity and acclaim from their peers. This is just another manifestation of the ongoing breakdown of our social order and the loss of parental control and oversight of our digital children with analog parents.’’

Lardner who is the Executive Director, West Africa NGO Network, warns that those engaged in the act risk the negative consequences and urges them to move towards changing the content and quality of their online discourse.

He says, “Everything lives forever on the Internet. Those pictures posted will be archived and someday retrieved, and can most certainly come back to haunt you, perhaps when you are looking for a job or even when you want to get married.’’

“Those involved can start by changing the quality and contents of their online discourse. Use these powerful technologies to interrogate the political system, ask the tough questions, find the tough answers and hold their leaders accountable for their misdeeds.’’

Speaking on the ways of stemming the tide in the country, he observes that it is difficult to legislate morality on a global and virtual platform like the Internet. According to him, the responsibility for the moral tone and content of youth participation in social media still rests with society at large.

“Their engagement on these platforms and the quality of their discourse is a direct reflection of the society’s prevailing norms. But there should be an understood code of conduct that is widely disseminated, spelling out the pitfalls of the dark side of social media.

“Perhaps the traditional media can help evolve this standard, and there is no need to reinvent the wheel. There is a considerable body of work that deal with youth and the use of social media,’’ he adds.