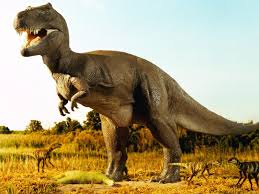 Americans love their pets—and a new poll shows just how much we dote on our critters, while revealing some curious attitudes toward animals (and people).

Six out of ten voters interviewed have a pet, with a third reporting that their critters sleep in the bed with them. (No word on whether that includes reptiles.)

Perhaps not surprisingly, one in five people said they’d prefer to spend time with their animals than with other people.

Public Policy Polling interviewed 603 registered voters by telephone between June 11 and 13, asking them 36 questions relating to their views on pets, animal phobias, and other random creature preferences. The poll, which was not authorized or paid for by any campaign or political organization, had a margin of error of +/-4 percent.

1. Twenty-one percent rated snakes as the most terrifying animal, followed by alligators at 19 percent and sharks and bears at 18 and 14 percent, respectively.

2. Nine percent of those polled are vegan or vegetarian, while 91 percent are not.

4. On preferences for an exotic pet, 26 percent said they would choose a tiger, 20 percent a giraffe, 18 percent a dinosaur, and 16 percent an elephant.

5. Ninety percent said they would not want a hippopotamus for Christmas—perhaps to the collective relief of hippos worldwide.