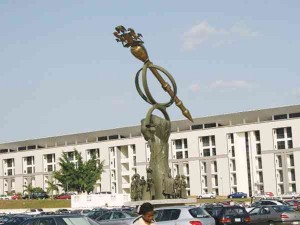 The lawmaker representing Enugu North senatorial zone, Senator Ayogu Eze, on Monday said there was still hope for the creation of more states in the country.

Speaking to journalists in Enugu, Eze said that the process for the creation of the new states was still ongoing.

“The door is still open for the creation of new states and once the constitutional requirements are met, new states would be created.”

Eze however dismissed such and urged those seeking the creation of more states keep their hope alive.

He said the committee “erroneously” based its assessment on requests submitted in 2010 instead of the ones filed in 2013.

Eze, however, particularly allayed the fears of the people of the proposed Adada State, saying the committee’s report was not targeted at them.

“Since the report of the Senate Constitution Drafting Committee was presented, there has been a lot of misconception, especially with regards to the issue of state creation, Eze said”.

“I want to say categorically that it is not true that the Senate committee has ruled out the possibility of state creation; the door is still open, creation of state is very possible, but it is very cumbersome.

“What happened was that the committee secretariat complicated the matter by using the request filed in 2010 instead of using the one filed in 2013, but while we didn’t want to quarrel with them is that they did it across board, and they admitted that it was a mistake on their part.”