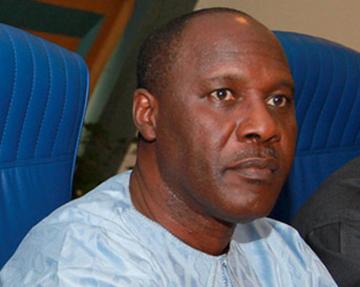 Minister of Niger Delta Affairs, Elder Godsday Orubebe, has downplayed his purported suspension from the Peoples Democratic Party, PDP, in Burutu Local Government Area of Delta State saying those who suspended him have no powers to do so.

Addressing State House correspondents, yesterday, Elder Orubebe said the group that suspended him “is a factional group which I don’t recognize and they don’t have any power to do what they are doing and they also know that they are just looking for cheap attention.

“You are aware that this is a government that stands for the truth, it is a government that is transforming. We had a PDP elected body in place and from behind, a group of people went and imposed  an illegal body on the people and I said I will not recognize them because, the one that was duly elected by everybody that came for the election of the National Chairman and the national exco is the one that I do recognize” he said.

Orubebe, however, said his alleged suspension will not affect the fortune of the party in the state and local government as according to him, “Everything is in place for us to deliver to the PDP what is expected of us as a party in Burutu Local Government Area”.