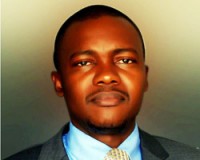 Erstwhile President-General of the Trade Union Congress (TUC) Comrade Peter Esele, has denied a media report that Governor Adams Oshiomhole of Edo state is allegedly grooming him as next governor of the state in 2016.

Esele denied knowledge of any such existing plans as he is busy with other commitments after completing his second term as TUC president.

He urged those peddling the rumour to desist from such because it is too early to talk about the 2016 governorship election in Edo.

“Well, I am not aware of the alleged plan by Oshiomhole to groom me as his successor in 2016. I strongly believe that it is too early to talk about 2016 governorship election in Edo and who succeeds who? God is the ultimate giver and taker of power. We are not even sure of who will be there in 2016, talk more of contesting election or succeeding somebody.

“For now, I am busy organizing my life after a hectic two terms in office as TUC President. At least, I will have enough time for myself and my family now,” Esele said.