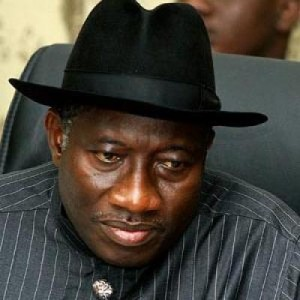 Plateau State House of Assembly has hailed President Goodluck Jonathan for throwing his weight behind the Jonah Jang-led faction of the Nigeria Governors’ Forum.

The Assembly’s Chief Whip, Mr. Golu Timothy, said this in a statement made available to journalists in Abuja on Tuesday.

Timothy said Governor Jang’s emergence as the leader would lead to the restoration of integrity at the top echelon of the Forum.

“We also commend Nigerians for the support given to Plateau State Governor, Dr.Jonah jang, as the Chairman of the Nigeria Governors’ Forum. We also assure our fellow citizens from other parts of the country that integrity, honesty, credibility and good leadership will be restored at the top echelon of the governors’ forum,” he said.

The lawmaker also commended the President for approving the appointment of an indigene of the state, Mr. David Paradang, as the new Comptroller-General of the Nigeria Immigration Service.

According to him, “The appointment of Nde Paradang has lifted the spirit of the people of Plateau and raised their confidence in the Federal Government as the state seems to have been forgotten and marginalised in federal appointments.”

With the appointment of Mr Paradang, Timothy assured the President of Plateau people’s support in 2015 should he decide to re-contest.

“President Jonathan has demonstrated objectivity and merit by this appointment. Plateau people are happy and proud of the PDP-led government and it is for this reason that we will stop at nothing to ensure that the President continues with his transformation agenda which is basically people-oriented.”