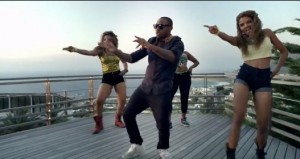 Yesterday, an unconfirmed story was making its rounds across blogs that Davido, his brother – Adewale Adeleke and his manager Kamal Ajiboye were arrested in a club in Budapest for using fake euros to pay for for drinks.

Read below the Official Press Release

It has come to our notice that some unscrupulous rumour peddlers have chosen to malign Davido’s hard work ethic and reputation.

Davido has been on his European tour for a few weeks and landed in Budapest, Hungary on Friday June 21 for his Budapest stop. He was met with what is perhaps the worst case of unprofessionalism from a promoter in his career as a touring artiste. The promoter in this case is known as Mr Frank of BLACK DIAMOND ENTERTAINMENT. To the dismay of his management, the agreements on Davido’s ryder were not met despite assurances written and verbal that everything was set. Please note the following facts:

Against their agreement, Davido and his management were given a one bedroom suite to house them during their stay in Budapest.

The promoter had issues with the venue for the show. Up until the night of the performance, the venue had not been paid for and Davido’s management were informed that he might not be able to perform on the stage. This was finally sorted a few minutes to the show.

When it was finally time to perform, the promoter had not arranged for sound and Davido only managed the situation and decided to perform because of his fans that had paid to attend the concert. A fight broke out at the club and the promoters did not arrange any form of security for Davido, it was the intervention of the venue security guards that ensured that he got back to his hotel room in safety.

Davido and his management did not receive any direct payments from the said promoter. Infact the promoter is yet to pay up in full Davido’s performance fees as agreed.

Davido and his management team catered to their every need while in Budapest from their personal funds Davido’s management wishes to state distinctly and clearly that Davido was not at any point arrested in Budapest, Hungary. He is currently in Paris, France where he is set to perform on the 28th and the 29th of June.