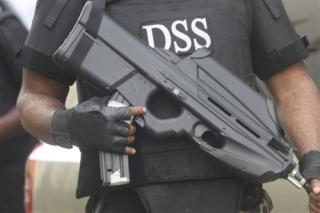 The residence of late Hassan Agwai Mohammed (Ciroman Keffi), in Asokoro – Abuja, was Friday night raided by a combined team of State Security Service (SSS) and military police personnel who claimed to be searching for illegal Chadian immigrants.

The security operatives who arrived the residence at about 9 p.m. in four trucks belonging to the SSS, one military truck and a bus, ordered the arrest of all the occupants of the duplex, three bungalows and an adjourning mosque in the residence.

One of the sons of the late Ciroman Keffi, Hussein, who confirmed the incident narrated how the security personnel forced all of them out of the house and ordered them to lie face down; with the exception of the women while a thorough search of the whole buildings which lasted for about forty-five minutes, was conducted.

Thereafter, all the males, including those who were in the adjourning mosque numbering 15, according to Hussein, were ordered into the bus and driven to the DSS headquarters in Asokoro.

“At the office, we were asked to tell them the persons who reside in the houses within the premises. They separated us from those who stay in the mosque. After questioning, only seven of us were released. As I am talking to you now, the others are yet to be released,” Hussein said.

As at the time of this report, there has been no official clarification from the DSS or its spokesperson, Ms. Marilyn Ogar, a Deputy Director.

The Late Ciroman Keffi, until his demise, served the country in various capacities including as a minister of the federal republic, ambassador and chairman, Petroleum Products Marketing Commission (PPMC).