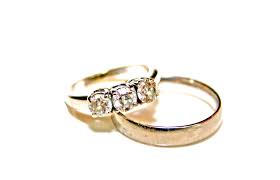 A bride refused to show up at her wedding at the Cathedral Church of Emmanuel, Okesa, Ado-Ekiti, on Saturday resulting in the cancellation of the wedding.

It was learnt that the groom, who is from Ifaki-Ekiti in Ido-Osi Local Government Area of the state, was already in the church but waited in vain for the arrival of his bride.

Her whereabouts were unknown hours after the service had started.

The failure of the bride to show up, it was gathered, forced the clerics to cancel the wedding and invited guests reportedly left one after the other, when it dawned on them that the ceremony would no longer hold.

The Dean of the Cathedral, Very Reverend, F.O Bankole, when contacted on the telephone confirmed the incident to our correspondent.

He said, “It is true that a wedding which was planned to hold in the church today was cancelled. The bride did not show up.”

Bankole said he did not know why the bride failed to showed up, but added that the couple had been “having some issues since they started courting.”