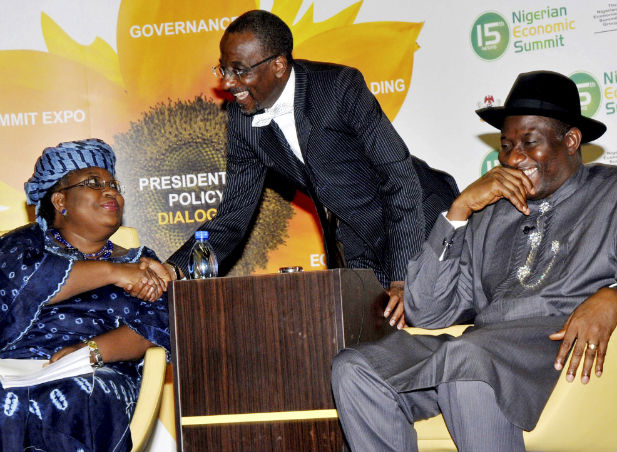 She also urged  members of the National Assembly to reject the proposed amendment to the Public Procurement Act, 2007, which seeks to make the President chairman of the National Council on Procurement, NCP; a position reserved for the Finance Minister.

In the new bill, Jonathan is seeking amendment to section one of the principal Act to replace the “Minister of Finance” with “The President of the Federal Republic of Nigeria” as “the chairman of the council with the inherent powers to delegate.”

However, Ezekwesili, a former Minister of Education and first Director General of Bureau of Public Procurement, BPP, who advised the President to steer clear of the proposed amendment as it negates global best practices in procurement, gave the advice at a two-day interactive session organised by the House of Representatives Committee on Public Procurement on the procurement processes with stakeholders.

In her arguments, Ezekwesili posited that there is nowhere in the world where Presidents and ministers sat down to award contracts to its citizens, adding that there was a plan to amend the Public Procurement Act to make way for the President as chairman of the NCP.

She therefore advised President Jonathan not to allow himself to be misled.

“I learnt that there is a move for an amendment of the legislation, PP Act, in order to give the chairmanship of the council to the President. Why would anybody do that? He should not allow anybody to do that to him.

“The man who is carrying the elephant cannot be using his feet to look for a cricket. To make the President chairman of the National Council on Procurement is  totally not the most effective and most efficient thing to do in the arena of public policy. If you understand what I’m saying, understand it; if you don’t understand it, oho.”

She argued that it was not late for Nigeria to start towing the direction of other prosperous nations, noting that President Obama needed not to call cabinet meetings to discuss contracts.

Ezekwesili added:  “The prime minister of Singapore does not call cabinet meetings to discuss contracts.

“What business does a President or minister has sitting with a contractor in a meeting?  That is not what their contemporaries do in other nations.

“Whereas the leaders of other nations spend their times thinking about vision, strategy and policy, the others spend their time haggling over contracts. It is time for FEC to let go of spending its time on mundane things.”