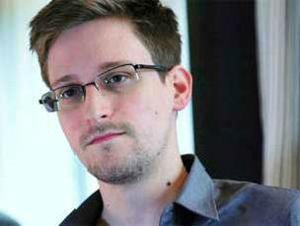 Edward Snowden has seen tides turn in his favour as he now has options of countries whose asylum offer he would take.

Venezuelan President Nicolas Maduro had earlier offered asylum to the US intelligence leaker who is wanted in his country for espionage. An offer also came from Nicaragua. Bolivian President Evo Morales has also said he will grant Snowden asylum, if asked.

Declaring that Bolivia has “no fear” of the United States and its European allies, Morales said that he would be willing “to give asylum to the American, if he asks.”

Snowden remains stranded in a Moscow airport, where he has now been holed up for 14 days. The offers, including on Friday from Venezuela and Nicaragua, raised hope he may finally be able to leave Russia, though it remains unclear how exactly Snowden could reach another nation from the transit zone of Russia’s sprawling Sheremetyevo international airport.

Snowden had already been denied asylum by many of the 21 countries to which he had applied last week.

The WikiLeaks anti-secrecy website that has been supporting Snowden’s cause said he had recently applied to six additional countries that it refused to name.

President Nicolas Maduro – whose Venezuelan government had long relished its role as an irritant to Washington under previous president Hugo Chavez – offered “humanitarian asylum to the young Snowden … to protect this young man from the persecution launched by the most powerful empire in the world.”

Nicaragua’s Daniel Ortega also declared that Managua “would receive Snowden with pleasure and give him asylum here in Nicaragua.”

This latest asylum offer for Snowden followed a major diplomatic fuss this weekend when several European nations denied landing rights to Morales’ presidential aeroplane, amid fears that he was sheltering Snowden onboard.

In what was seen as a further afront, the plane was forced to land in Vienna and searched, but no trace of Snowden was found on the aircraft.

Morales, who has accused Washington of pressuring European nations to deny him their airspace, warned he would “study, if necessary, closing the US embassy in Bolivia.”