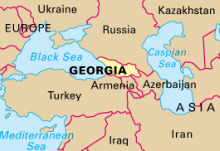 It is very important for a girl to keep her virginity till marriage in Georgia. A large majority of Georgia’s population (83.9% in 2002) practices Orthodox Christianity where keeping one’s virginity is seen as honourable.

The Georgian Orthodox Church is one of the world’s most ancient Christian Churches, and claims apostolic foundation by Saint Andrew. Maintenance of virginity before marriage is deeply entrenched in the country, although not everyone’s happy with the idea of it being documented.

One young interviewee branded it “disgusting”. She told the TV reporter: “I would say no if I were asked to do this… if I am to spend my whole life with him, he should trust me.” Web users also mocked the inspection service, circulating a digitally-altered image of an ID card with an added “virginity status” parameter.

The independent National Forensics Bureau in the country which gained independence from Russia in 1918 is offering the service for 175 lari (about N17,000), or twice that if you want it done quickly, reports Imedi TV. That’s more than it costs the average person to get by for a month, according to national statistics.

The women are often accompanied by relatives, their prospective husbands or – often – their mothers-in-law, bureau medical expert Eka Chavleishvili told the privately-run channel. “In many cases, they leave very happy when they find out the truth – that is, if the truth is acceptable to them,” she added.