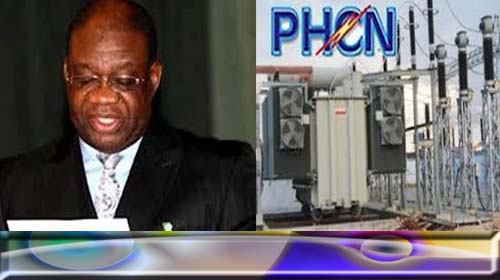 The Minister of Power, Professor Chinedu Nebo has assured Nigerians that by December 2014, power generation in the country would have increased to 10,000 megawatts.

According to the minister, the improvement would guarantee 18 hours of uninterrupted power supply in every part of the country.

Nebo made this known while giving his ministry’s scorecard to the leadership of the Peoples Democratic Party (PDP) on Tuesday in Abuja.

Accompanied to the briefing by the Minister of State for Power, Hajia Zainab Ibrahim Kuchi, Nebo decried what he described as transmission challenges that could lead to system collapse.

He said: “We envisage 10,000 megawatts by December 2014. With our short term, long term and immediate strategies that we have in place; in addition to working assiduously with other stakeholders in the power sector, we will get there.

“We have the NIPP work going on, and the Niger Delta Power Company coming up for commissioning by December 2013, we look forward to 10, 000 megawatts come December 2014.

Nebo went on: “If we succeed in making it more than that, we will be very happy. But we are focused on actually delivering 10,000 megawatts by 2014. And this by our calculations and data we have on ground.

“We will give at least between 17 and 18 hours of power supply to Nigerians. The 24 hours power supply will happen but we are working steadily towards that”.

The minister also used the occasion to address the recent system collapse which he said was caused by over grown shrubs around transmission areas, adding, however that the problem was being addressed by a technical team put in place by the ministry.