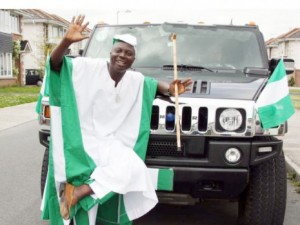 The actor and comedian said he has always wished he could go back to school and get a university degree which he didn’t have the chance to do at a much younger age; with perseverance and faith he has achieved his dream.

The Yoruba actor in an interview revealed that he has since gained admission to study tourism at a reputable University in London and presently has just 2 years left to complete the course.

This is what he had to say:-

“I was not privileged earlier to further my education, but I gained admission into a university in London 2years ago, where I am currently studying Tourism.
So, by saying I am an educated comedian, I meant I changed comedy from the stage where actors used to stuff their tummies with costumes or overuse make-up. I brought reality into comedy”