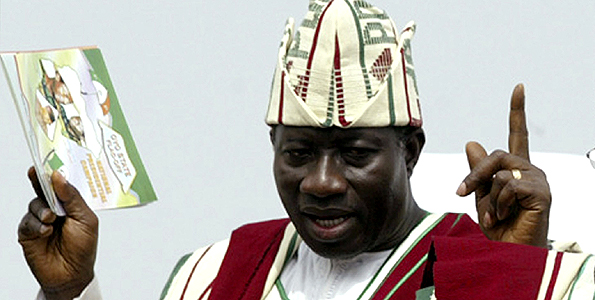 Asaba, July 30, 2013 (NAN) Sen. Ben Obi, the Special Adviser to President Goodluck Jonathan on Inter-party Affairs, said on Tuesday that there was no constitutional provision barring Jonathan from seeking re-election in 2015.

Obi said this at the inauguration of Igbo Political Development Council (IPDC) in Asaba.

“Although the president had not declared his intention to seek re-election, he has the constitutional rights to do so if he wishes.

“The newly inaugurated IPDC has thrown its weight behind Jonathan for re-election; it is urging him to do so to consolidate his socio-economic and political achievements so far.

“If the President decides to declare his intention for re-election, he will contest under the PDP platform.

“But the truth is that Jonathan deserves the right to seek re-election”, he said.

He said the Enugu-Onitsha and Onitsha-Owerri roads, “which were formerly impassable, had been fixed”, and that the ongoing turnaround in the nation’s aviation sector was magical.

Obi assured that there was no going back on the second Niger bridge project, adding that commencement of work on it was one of the cardinal points of Jonathan-led administration.

The Director General/National Coordinator of the Council, Prof. Onyeke Onyeke, commended Jonathan for his achievements in office.

He assured that the Igbos would continue to work with him amd that if he decided not to declare his intention to seek re-election, Igbos would field a candidate of their own.

“All I know is that with what we have seen so far, the president deserves a second chance and we, as Igbos, are solidly behind him”, he said. (NAN)