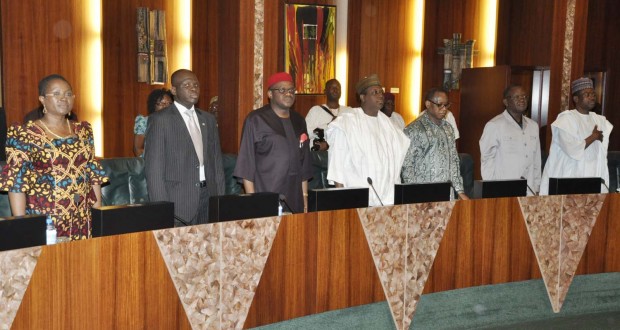 President Goodluck Jonathan on Wednesday warned Ministries, Departments and Agencies (MDAs) against the augmentation or variation of contracts beyond 15 per cent of their original costs.

The Minister of Information, Mr Labaran Maku, said in Abuja that the president gave the warning at this week’s Federal Executive Council meeting.

He said the president was not happy with a situation where augmentation or variation of contracts sometimes ended up making the cost of such contracts higher than the original contract outlay.

“Mr President gave a directive to all members of the council to henceforth, not bring any augmentation to council that is beyond 15 per cent of the original cost of projects.

“The president frowned at a situation in which sometimes augmentations or variations of contracts end up going higher than the original contracts awarded.

“Mr president believes that if MDAs do their jobs thoroughly through proper planning and of course cost evaluation of projects before awards, the incidence of half valuation of contracts will be avoided.”

Maku said the president also directed the Bureau for Public Procurement to jettison any application for valuation of contracts that exceeded 15 per cent of the original cost.

According to him, ministers and agencies of government must ensure that in awarding contracts, they verify the actual workload that is expected so as to ensure proper valuation of the projects.

“So, it is expected that all agencies of government who are in the process of giving awards for contracts must make sure that they are thorough in the pre-plan for those projects and also ensure that the costing is professional to avoid variations that go very high and leave cost to government,” he said. (NAN)