Home Politics Life Pension For NASS Leaders Is A Slap On The Face Of...
Facebook
Twitter
WhatsApp 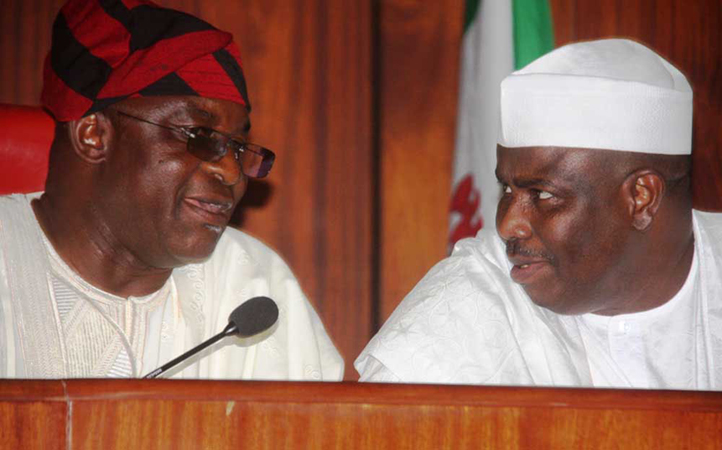 Chief Ogbuehi Dike, the National Publicity Secretary of United Progressive Party, has advised the National Assembly (NASS) to drop the proposal for life pension for its leaders.

The Senate, on Tuesday, concluded its debate on the proposed amendments to the 1999 Constitution (as amended) which included approval of life pension for the Senate president and his deputy.

The upper chamber also approved a similar proposal for the speaker of the House of Representatives and his deputy.

Dike said in an interview with the News Agency of Nigeria (NAN) in Abuja on Tuesday that most NASS leaders had worked and retired elsewhere and did not need to get another pension.

He said that the NASS leaders had truly contributed to the development of the country and as such should look elsewhere for compensation.

Dike urged NASS members to have a rethink and drop the idea, especially now that the country was trying to revive its economy.

“You cannot come and work for four years or eight years and you will be asking for life pension.

“It will not do a country like Nigeria any good because our economy is not strong enough for such venture,” Dike said.

He said the severance allowances paid to the legislators should be able to pay their bills after service.

Dike said that life pension was counter-productive and would have a serious setback on the country’s economy if not addressed immediately.

“If NASS members are asking for life pension, what will be the faith of a common man walking on the street?

“They should remember that there is hunger in the land, people are living far below poverty line in this country,” he said.

Dike urged the legislators to put the interest of the country above personal interest by making laws that would benefit the citizens.

It would be recalled that during one of its debates on the review of the constitution, Senators had passed the pension proposal clause with a “Yes” vote of 86 to 13 “No” votes while one abstained from the voting process.

The proposal reads: “Any person who has held office as President or Deputy President of the Senate, Speaker or Deputy Speaker of the House of Representatives, shall be entitled to pension for life,” with Senator Mark stressing that the rate would be equivalent to the annual salary of the incumbent holders of the offices. (NAN)