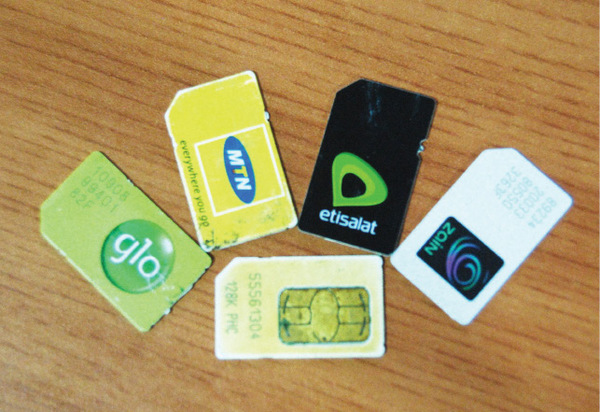 The Nigerian Communication Commission (NCC) on Wednesday said its investigation revealed that SIM cards were registered with pictures of goats, dogs and flowers.

Mr Efosa Idehen, NCC’s Head of   Enforcement, disclosed this to newsmen in Ilorin after an unscheduled visit to some telecommunication offices in the state.

Idehen, who led the team on the tour, said two agents and a staff of three major telecommunication operators were apprehended for allegedly selling pre-registered SIM to customers.

He said two agents of Glo and Airtel as well as a staff of MTN were arrested over selling of pre-registered SIM.

The NCC official accused some telecommunication operators in the country of flouting the NCC directive banning sale of pre-registered SIM.

“The commission would sanction them for N200, 000 for each pre-registered SIM card alongside criminal charges against them,” he said.

He also warned telecommunication operators to desist from such actions, saying it was jeopardising the security of the country.

“They will be charged to court while the commission will be there to defend its case till the end,” Idehen said.

Idehen further said that the MTN staff would assist the police to fish out the agent behind the registration of the SIM cards.

He advised residents to be careful when buying new SIM cards, saying they may run foul of the law.

The News Agency of Nigeria (NAN) reports that those arrested were handed over to the Criminal Investigation Department of the Kwara Police Command for further interrogation. (NAN)