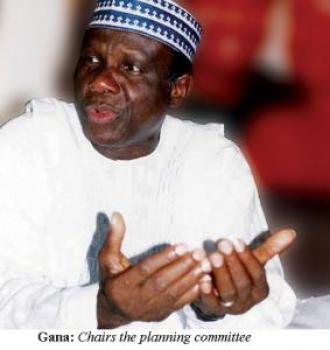 The ruling Peoples Democratic Party (PDP) yesterday announced new dates for its special national convention and that of the southwest zone just as it stated that the return of its former National Secretary, Prince Olagunsoye Oyinlola will be determined by the rule of law.

Chairman, Special National Convention Committee, Professor Jerry Gana made this known at a news conference in Abuja on Friday.

The former Information Minister, who was flanked by secretary of the committee and Deputy President of the Senate, Ike Ekweremadu at the briefing said:

“We are aware of the petition by Prince Olagunsoye Oyinlola and we also believe in the rule of law. We have referred his petition to the appropriate legal organ for advice and we shall abide by the provisions of the law.”

On the national convention which was earlier postponed due to the Ramadan period, Gana said it would now hold on August 31st, while the southwest zonal congress will take place on August 24.

The approved guidelines for both the zonal congress and special national convention will be released on Monday, August 15, according to the committee.

“For the avoidance of doubt, all nomination forms earlier purchased and completed by interested members remain valid” he stressed.