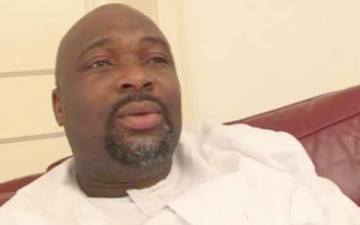 Mr Frank Mba, Deputy Spokesman of the Nigeria Police, said on Monday that the force was handling the case of detained Rivers Legislator, Chidi Lloyd, professionally.

Lloyd, the Leader, Rivers House of Assembly, turned himself to the police in Abuja on July 25 following the crises in the assembly on July 9.

He was declared wanted by the police for his alleged role in the crises.

Mba told the News Agency of Nigeria (NAN) on phone from Abuja that detectives handling the case had been meticulous and professional.

He said that it was untrue that the police tortured the detained the legislator.

“I want to say that our handling of the investigation involving Chidi Lloyd has been as professional as possible.

“Detectives investigating that case have been very meticulous, very professional. We have done everything humanly possible to ensure that the honourable’s rights are respected.

“As a matter of fact, we used an armoured personnel carrier to move him from the airport to the command headquarters. And the reasons are obvious, because of the peculiar nature of Rivers State politics.”

Mba said the police took precautionary measure to ensure the safety of Lloyd by moving him in an armoured personnel carrier from the airport to the state police headquarters.

He said the police had enough men on ground to escort the motorcade carrying the house leader from the airport to state police command headquarters.

“I can also assure that it is not true that Chidi Lloyd is having any health issue. He is doing very well,” he said. (NAN)