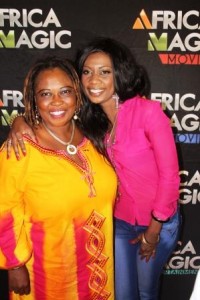 After a lot of confusion, denial and allegations; it seems Ghanaian rep in the BBA house who was evicted last weekend is innocent of allegations heaped upon her by Tanzanian housemate Nando.

Latest BBA news in Ghana is that the evicted housemate Selly and with 100% backing from her mum have decided that they won’t let Nando drag their family name in the mud after he claimed the Ghanaian beauty Selly, infected him with Chlamydia.

She said alongside her mother in a press conference in Ghana;

“Actually, my mum has threatened to take Nando on legally, which we have communicated to the BBA producers”.

She further explained: ” Nando and I did not have sexual intercourse; we made out, yes! And that was as far as it went. I am only hearing all these things outside of the house because I didn’t know about it while I was in the house so I didn’t get a chance to defend myself. So for the STI allegations that he is making, I am just waiting for Nando to come out so I can ask him how he got the STI. I have been tested and I don’t have any background of STI or STD so I don’t know how Nando contracted the disease that he claims he has.”