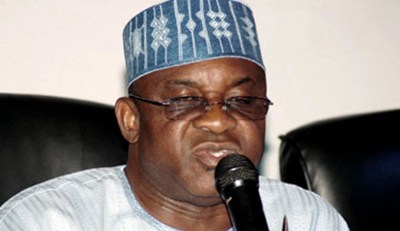 Senate President, David Mark, has urged retired military officers in the country to step into the political arena noting that it is only by their active participation in politics that they can bring about the much desired change.

Speaking at a re-union dinner organised by Course 18th alumni of the Nigerian Defence Academy (NDA) in Abuja, at the weekend, the Senate President, a retired Brigadier-General of the Nigerian Army, said rather than remain indifferent and lament certain occurrences in the land, they should get involved in bringing about change.

Mark, who was represented by his Special Adviser on Special Duties, Brigadier General BB Teteh (rtd) at the event, noted that with their experience in the academy and the armed forces, the officers, including Generals, Air-Vice Marshals and rear admirals, are more than qualified to seek for elective positions in the country.

He said participating in politics would enable them to bring their wealth of experience to bear and make the scene more proactive thereby sanitizing the polity because the armed forces were noted for discipline and organisation.

His words, “You should be interested in the political happenings in the country because there are many things that needs to be changed and you cannot change these things if you are out of politics. So you should get involved”.

In his remarks, Chief of Army Staff, Lieutenant General Azubuike Ihejirika, also a course 18 participant of the NDA, expressed joy that his colleagues, who joined the force in 1975 have been able to gather together to recall the old days and fashion out how to still contribute to national development.

On his part, a member of the 18th regular course and Sultan of Sokoto, Alhaji Mohammed Sa’ad Abubakar III, said that the re-union should consider forming an NGO adding that if the endowment is launched, he would play a very vital role.

According to the Sultan, himself a retired Brigadier General of the Nigerian Army, the funds to be realized by the endowment would used to assist the needy among members of course 18 as well as the less privileged in society.

President of the Course 18, Air Commodore Femi Oguntuyi (rtd), recalled with nostalgia that 150 of them were inducted as Cadets in NDA in 1975 but today, only 71 of them are alive noting that they were proud of the performance of one of their own, who is currently the Chief of Army Staff.