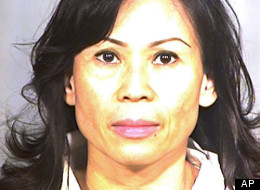 A California woman who cut off her husband’s penis and threw it in a garbage disposal has been sentenced to life in prison with possibility of parole.

The Garden Grove woman was convicted of torture and aggravated mayhem.

Prosecutors said Kieu drugged her husband’s tofu with sleeping pills and screamed “You deserve it!” before attacking him with a 10-inch kitchen knife.

Her lawyer argued that she had mental health problems stemming from childhood molestation and sexual abuse by her husband.

In an impact statement during sentencing, the victim said he’s been deprived of part of his life and identity.