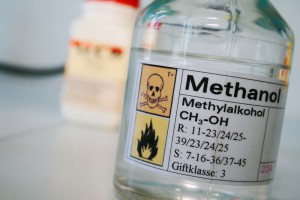 No fewer than 11 people have died and 59 have fallen ill after drinking methanol in Cuba.

Unlike ethanol or drinking alcohol, methanol is normally used as an antifreeze or solvent and is unfit for human consumption.

It’s not clear over what period of time the deaths and illnesses occurred, although it’s understood the case was made public several days ago.

The methanol was marketed illegally as ethanol in the district of La Lisa, a western suburb of Havana.

It was originally stolen by two workers from the Havana Food and Pharmaceuticals Institute, state television said on Friday.

Medical officials are warning anyone with related symptoms, including vision problems and nausea, to head to hospital immediately.