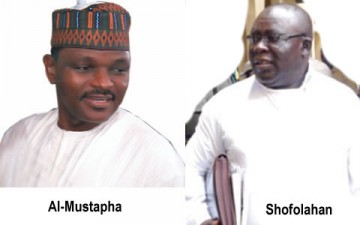 An appeal has been filed at the Supreme Court by the Lagos State Government against the judgment of the lower court which acquitted and discharged Major Hamza Al-Mustapha and Lateef Shofolahan in the murder of Alhaja Kudirat Abiola.

This was disclosed by the state Attorney General and Commissioner for Justice, Mr. Ade Ipaye on Tuesday during his ministry’s monthly media briefing on Law and Order in the state.

The commissioner stated that the decision to appeal the verdict of the Appeal Court was taken because there are enough and very good grounds for appeal.

“Having carefully reviewed the decisions of the respected justices of the Court of Appeal, it is our humble view there are strong bases for appeal which the Supreme Court of Nigeria should have an opportunity to consider.

“This step will also ensure that all issues are fully articulated and the victim’s family, the defendants and the society are not deprived of the last window of opportunity provided by the constitution for the resolution of the case,” he said.

Mr. Ipaye, however, did not state the grounds of the appeal filed in the court.