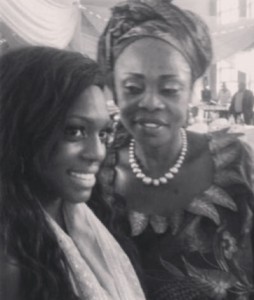 Charity Owoh is Beverly’s best friend and confidant. Below is what she told Encomium magazine about how Beverly’s mum is proud and supports everything she does in the reality series.

“Bev and her mum are best friends. Her mum just called me now, she’s our best friend. She’s like the third person in our circle because whatever we do we tell her. If you watch the show you will see that there are three people she calls every time, Charity, Denrele, and mummy Suzy. Their relationship is very tight. Before Bev dates anybody, she tells her mom. (About Bev and Angelo’s relationship/sex) She knows. She has seen everything. There’s the good and bad, of course she’s a mother so she would feel the way mother’s would feel but she’s very proud of her daughter and says she’s a queen. She’s already redecorating her room, so she would welcome her back like any mother would.

(Bev and mum in the above pic). Charity also talks about Beverly’s relationship with 2shotz. Yep, she mentioned his name. 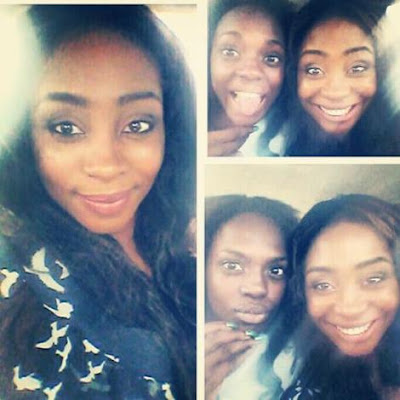 “Bev can handle controversy. It was evident during the time she was dating ‘Mr I’ve never battered anyone before’ and all the things they have said about her. While they were dating, her mother came back from America and the next thing was for him to start telling people that Beverly was doing drugs when she can’t even take alcohol. (Why they broke up) She was in love with with him but I know he instilled fear in her. There are different stories but I don’t want to talk about it. There are some stories that led to them breaking up, that if it comes out would look totally bad for him. There are some things that if I speak about will hurt 2shotz in ways that he can never imagine. So, all the things that he is saying right now…it got to a point where he broke her simcard because of phone calls. Who does that?