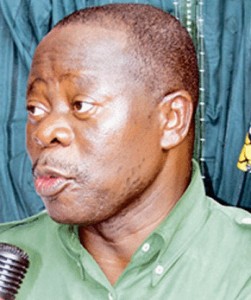 Edo State governor, Adams Oshiomhole has said he would sign the death warrants of those convicted for murder.

Giving the assurance in Benin on Thursday when members of the Conference of Non-Governmental Organisations (CONGOs) paid him a courtesy visit, Oshiomhole said, “There are seven convicts whose cases are being reviewed. I will sign the death warrant of any of them, especially kidnappers, found to have killed any of their victims.

“I believe that those who kill by the sword should also die by the sword,” the governor said.

Oshiomhole said that signing convicts’ death warrants was a signal to other criminals that the state was a wrong place for criminal activities, adding that the non-execution of convicted criminals in the last 15 to 20 years had not led to reduction in criminality in the state.

He, however, said that the government was proposing to the state legislature that if kidnappers released their victims unharmed and without r*ping them, such kidnappers should be given life imprisonment.

Oshiomhole also said that if the need arose, the Edo Government would make law to protect the girl-child from underage marriage.

He, however, pointed out that the girl-child marriage was not an issue in the state, adding that the problem with Nigeria was not in making laws but implementing them.

The governor said that there was the need to strengthen the partnership between the Edo government and NGOs.