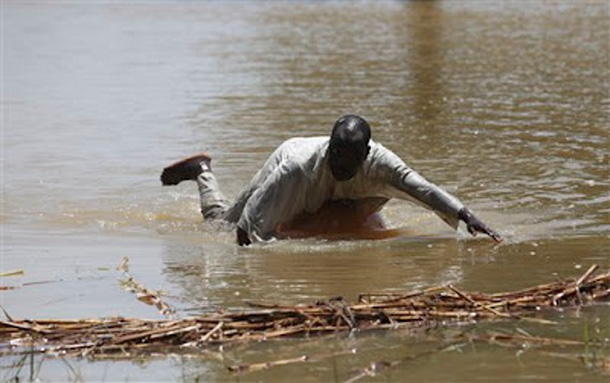 Flood on Friday killed one person and destroyed 434 houses following a heavy rainfall in Kano metropolis.

The Executive Secretary of the State Emergency Relief and Rehabilitation Agency (SERERA), Alhaji Ali Bashir, confirmed the incident to the News Agency of Nigeria (NAN) after assessing the situation in Kano on Saturday.

He said the deceased died on Friday night after he fell in Katsaiki River at Darmanawa in Kumbotso local Government area of the state.

He said out of the number of affected houses, 408 were destroyed in Kano metropolis while the remaining 26 houses were located in Dawakin-Tofa local government area.

He said the state Deputy Governor, Dr Abdullahi Ganduje, had directed the agency to take all the pictures of the affected houses and assess the extent of damage caused to property.

He said Ganduje told the agency to forward the report to his office for immediate assistance to the victims of the disaster.

Bashir, however, called on the people of the state to clear the drains in their respective houses to prevent future occurrence.

NAN recalls that 20 corpses were unearthed by flood at Yan’ Kaba cemetery in Kano metropolis on Friday. (NAN)