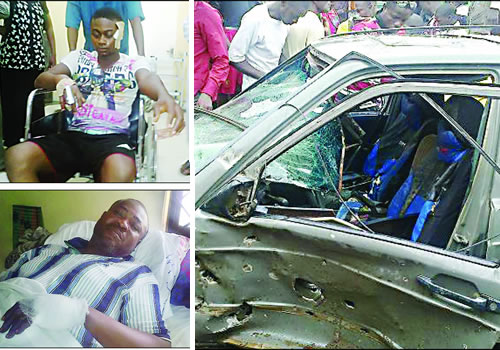 A man identified as Muhammad Yusuf, has been arraigned before the Sabon Gari Shari’a Court in Kano for allegedly jubilating “in the presence of a large crowd”, after he returned from the scene of last week Monday’s bomb blast in the state.

It was learnt that he was charged with inciting and disturbing public peace.

Chairman of Gidan Boss Mechanics Association, Kano, Lawan Hassan, who reported the matter at the Fagge Divisional Police station, on July 31, accused Yusuf of openly celebrating when he returned from the scene of two bomb blasts, which killed about 24 people, and injured many others.

Ahmad Musa, the prosecuting police officer told the court that they received the complaint on the same day of the bomb blast and that after necessary investigation, the First Information Report was drafted and the matter taken to court the following day.

The plaintiff pleaded guilty to the crime and the presiding judge, Abubakar Ayagi, ruled that the court had jurisdiction to hear the case and cited Section 386, Subsection 37 of the Kano State Shari’a Law, 2000.

The case was adjourned to August 15.