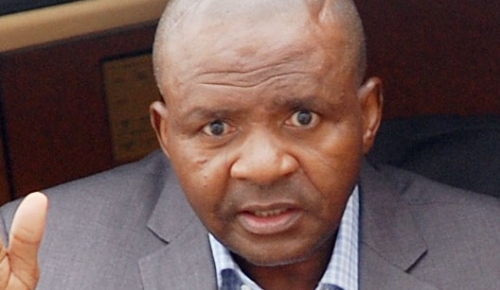 Tsokwa, who addressed a press conference in Jalingo on Tuesday, said that the house was thankful to God that Suntai had returned to the state.

He said that the leadership of the house was not allowed access to governor since he returned on Aug. 24 and he had not been seen in public.

The speaker expressed worry that “a cabal” was working relentlessly to cause confusion in the state in order to hijack the state politically.

Tsokwa described the group orchestrating and replicating the Yar’Adua saga as `desperate and selfish politicians’ that had no interest of Taraba at heart.

“As elected representatives of our people, we will be failing in our duty to the electorate and to God Almighty if we allow this development to continue. Our request is very simple.

“We want our dear governor to resist the temptation of those who want to use him to achieve their selfish interest and come out and address the people of dear state through their elected representatives.

“In making this request, we have no other motive than love of our dear state as well as the well-being of our dear governor and the happiness of family.

“We are firmed that Taraba belongs to all, irrespective of their rigorous affiliation, and therefore call on our people to demonstrate for the state and live in peace with one another,’’ (NAN)