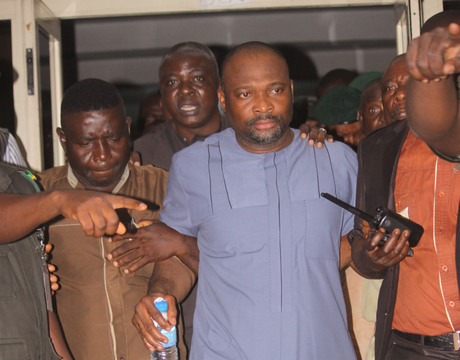 A Rivers State High Court presided over by Justice Letam Nyordee on Wednesday granted bail to the detained Majority Leader of the Rivers State House of Assembly, Hon Chidi Lloyd.

Lloyd, who is standing trial on a six-count charge of attempted murder and wilful damage of public property, was granted bail with the sum of N10 million, with three sureties in like sum.

The strict bail conditions indicate that two of the sureties must be owners of landed property within Port Harcourt, the Rivers State capital and its environs while the third must be a public servant of Grade Level 16, with an endorsement from his head of department.

Likewise, each of the three sureties must submit two recent passports and a sworn affidavit to show proof of ownership of the land.

To prevent Lloyd from fleeing abroad while on bail, Justice Nyordee also ordered that he deposits his international passport with the court.

He further stated that all documents must be verified by the Chief Registrar of the High Court.

The court later adjourned to November 21, 2013 for hearing of an application filed by Counsels to Lloyd seeking to dismiss the information.

It would be recalled that Justice Nyordee on Tuesday ordered that Lloyd be remanded in prison custody pending the ruling on his bail application today.