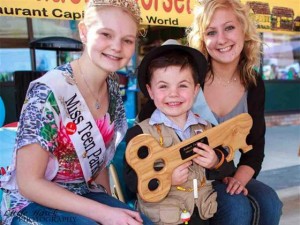 A 4-year-old boy has been re-elected mayor of the community of Dorset in the northern US state of Minnesota. At age 3, he was elected mayor of his small tourist town, and on Sunday, the town reelected him for his second term.

Residents of the community of 25 people confirmed Robert “Bobby” Tufts as their mayor on Sunday in a vote at a local festival, a worker at a general store there said.

The post is symbolic because Dorset was incorporated into a neighbouring municipality and has no official local government.

The community holds a draw to elect a mayor with residents paying $1 for each of their votes. A dog and a rooster have also been in the running for mayor.