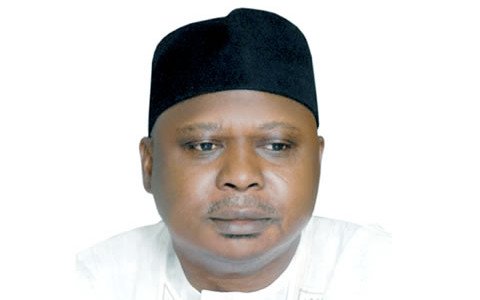 The Minister of Special Duties in the Presidency, Alhaji Kabiru Tanimu Turaki has given an insight into how the Federal Government took the decision to reject gay marriage at the Federal Executive Council (FEC) despite pressure from the international community to legalize it.

Turaki made this known on Wednesday at his residence in Abuja when he hosted staff of his Ministry and his friends to breaking of Ramadan fast.

According to the minister, Nigerians are highly religious people and as such, FEC could not endorse such anti-religious practice in a country like Nigeria.

“When we were at the Federal Executive Council and we were discussing the issue of gay marriage, we all said that it is very unnatural. How can we explain this to Nigerians? That a man will go and marry a man and a woman will go and marry a fellow woman. Then we also discussed the aspect of the psychological and mental trauma that the children of such union, whether adopted or not, will have to go through. For example when they go to school and they are asked; who are your parents? And they have to answer that their mummy and daddy are both men or are both female. This does not fit into a highly religious society like ours,” he said.

Turaki added that “There is nowhere in the world where God is worshipped like in Nigeria. Even traditional worshippers also take their religion very seriously. We pray a lot and that is why God has not forsaken Nigeria. We have been through situations that saw many countries went into pieces but whatever happens in Nigeria, like an elephant, Nigeria will only shake its body and move on”.

Earlier, the Permanent Secretary, Mrs Winifred Oyo-Ita, who spoke on behalf of staff of the Ministry, commended the great humility displayed by the Minister in inviting the staff to break fast.