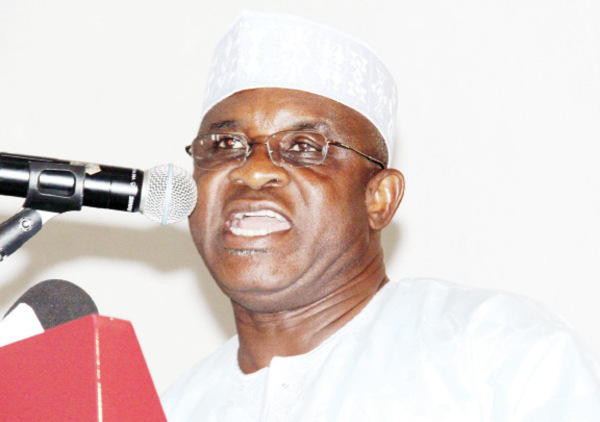 Those calling for the convocation of a national conference have been told to forget it until the ongoing review of the 1999 constitution has been concluded.

This was the view of Senate President, David Mark, who spoke at the 53rd Annual General Conference of the Nigerian Bar Association (NBA) in Calabar, Cross River State.

The Senate President, represented by Senate Leader Victor Ndoma-Egba (SAN), said a sovereign national conference is not feasible until the section on Constitution amendment is reviewed.

“In making these calls, suggestions for the process of making a new constitution have been made. These range from a constitutional conference to a ‘Sovereign’ National Conference.

“The National Assembly recognises the right of Nigerians to aggregate, assemble or meet in any legitimate form or manner to discuss the affairs of their country and indeed encourages such fora as it is a constitutional right.

“A mark of such encouragement is the elaborate public hearings that have become part of our constitutional amendment process.

“We, however, have difficulties with the calls by certain sections of the polity for a ‘Sovereign’ National Conference.

“The 1999 Constitution (as amended) with all its imperfections, including its debatable origin, remains our grundnorm, our supreme law from which all other laws derive and expresses our sovereignty.

“It creates all the powers, institutions and authorities of the State to which we have all submitted. We have challenged its provisions in courts of law established by it and obeyed the decisions of these courts. We have therefore ratified the constitution by our conduct. The 1999 constitution (as amended) is a reality.

“Consequently, where will the ‘Sovereign National Conference’ be deriving its sovereignty from, and under what framework? How will the conference be convoked and by whom and under what terms? I have been confronted by the argument that sovereignty derives from and belongs to the people. This is certainly beyond argument.

“How then do we get the people to confer sovereignty on such a conference? There are intractable issues to be addressed by the agitations for the ‘Sovereign National Conference’ and that is why I subscribe to the proposal for an amendment to the 1999 Constitution to provide for the making of a new Constitution, he said.”