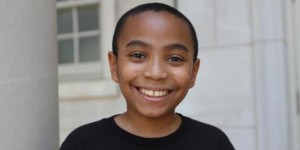 Carson Huey-You, an 11-year-old is among the new class of undergrads at Texas Christian University – adjusting to college life, finding the right buildings, settling in for those easy core classes.

Around the time when most kids are playing with jacks and baseball cards, young Huey-You will be taking university-level courses among teenagers and young adults. And it won’t just be any class load. The boy, who scored a 1770 on his SAT, speaks Mandarin Chinese and plays the piano, will be studying nothing less than quantum physics.

His mom, Claretta, says her son had intense focus as an infant. By the age of one, he could read. By five, he was doing pre-algebra. Calculus, he says, relaxes him.

If he graduates as his parents expect, in four to five years, Carson will have a college diploma before or at the same time he gets his driver’s license.