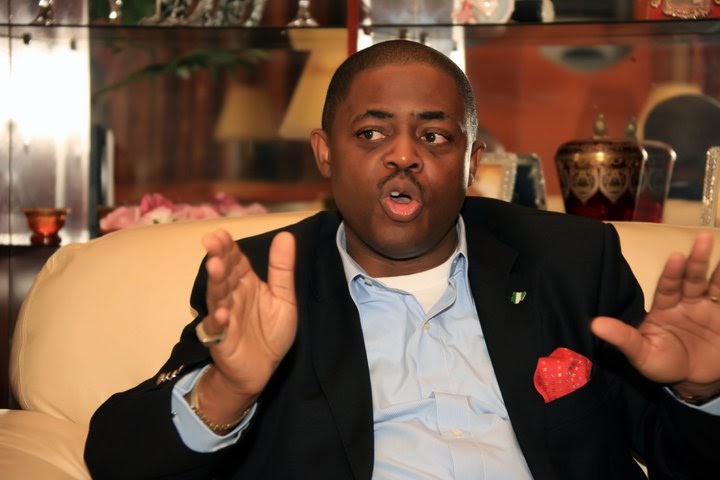 Former Minister of Aviation in the Olusegun Obasanjo administration, Femi Fani-Kayode, has called on Nigerians, especially “self-respecting” Yorubas, to stop by all lawful means, the second term ambition of President Goodluck Jonathan in 2015; otherwise, they should be prepared to see the country destroyed beyond repair.

Fani-Kayode stated this recently at the public presentation of De Raufs, Ile-Ife chapter, Osun State, where he was guest speaker.

The self-styled “servant of truth” and former mouth-piece of ex- President Obasanjo, passed a damning verdict on the Jonathan administration, saying that under it, Nigeria had become “an abbatoir of human flesh and blood.

“Yet, he still has the sheer effrontry to say that he wants to return to power in 2015 and some around him have said that if Goodluck is not re-elected in 2015 there will be bloodshed. Such threats and such words against the Nigerian people, yet no-one in government has seen it fit to call those that harbour such bloody and violent sentiments to order. What a government we have and what a country and what a people we are!” he added.

Mr. Fani-Kayode’s remarks were a direct response to President Jonathan’s in New York on Monday where he reportedly asked detractors to allow him carry on his job of governance. The President had also challenged his critics to point out, with facts and figures, evidence of his corruption and cited the recently concluded successful privatization of the Power Holding Company of Nigeria (PHCN) as evidence of his administration’s accountability and transparency.

But the former minister insisted that Mr. Jonathan must not be allowed to rule the country beyond 2015, more so that his ambition to run for reelection in 2015 had divided his own party – the Peoples’ Democratic Party and his own nation more than any other President in the history of Nigeria.

“Yet regardless of his desperation and their threats, this must not be allowed to happen,” he said.

“We must not allow it to happen regardless of the efforts of the fifth columnists amongst us in Yorubaland that still support him for the crumbs that they are getting from his table. If he comes back in 2015, by the time he finishes in 2019 the Yoruba will have been reduced to nothing but errand boys and slaves to others.”

Therefore, Mr. Fani-Kayode tasked his kinsmen, the Yoruba, to vote President Jonathan out of office when the time comes for their own sake and for the Nigerian people.

“Nigeria will be irretrievably destroyed and she will never be the same again. The challenge of every self-respecting Yoruba man today is therefore simple and clear: we must stop Jonathan from coming back to office in 2015 and we must vote him out of power when the time comes. We must do this for the sake of our people in the south-west and we must do so for the sake of the people of Nigeria.

“It is with this background in mind and in the knowledge of President Jonathan’s desperate and unholy intention to return to power at all costs in 2015 that I feel compelled to share the following words of wisdom from our Royal Father, the Alafin of Oyo, HRH Oba Lamidi Adeyemi with you. Just a few days ago he said the following: ‘My fatherly advice to those in authority at the federal level and especially our amiable President, is to learn from the mistakes of his very illustrious predecessor, Alhaji Abubakar Tafawa Balewa, by resisting any temptation to take the west by all means.’”